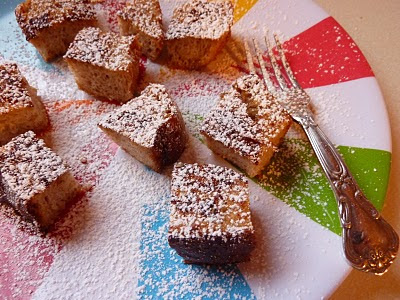 I know it's January 3 but we are still in full holiday mode around here; in fact, our elder McMonkey McBean asked today, "Is it still Christmas?" and I informed him it is.
So our tree is still up and our table continues to be laden with all sorts of goodies, including:
Apple-cranberry-orange crumble 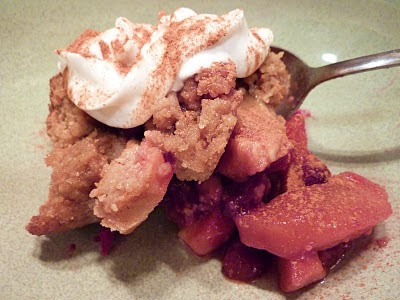 What was your favorite holiday food?
Posted by Abigail (aka Mamatouille) at 9:00 PM