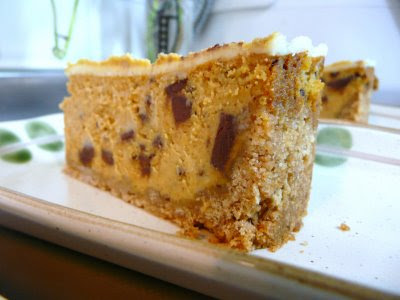 As you may recall, we celebrated Thanksgiving over here in Japan on December 6. No, it wasn't the traditional day, but this cheesecake sure made the wait worth it. I originally got the recipe many years ago from All Recipes, but I upgraded it this year to Pumpkin Cheesecake Version 5.7 with the addition of some Meiji Black chocolate (and some other tweakings). Mmmmmmm. Give thanks for pumpkin and dark chocolate together. It works, baby! (And when I was growing up in the U.S. I didn't even like chocolate! It was pretty sweet and not very flavorful, the stuff I had then, and it wasn't until I went to Europe and Japan that I really got into it. Now you can't get me out.) 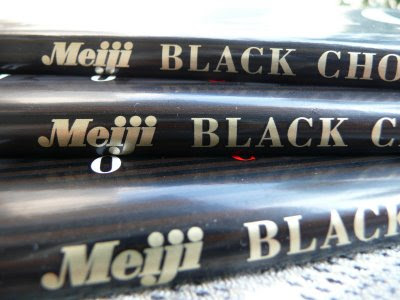 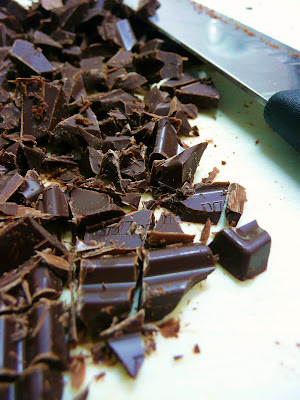 Matthew helped me smooshilate the coconut sable cookies for the crust (those are the best cookies for this cheesecake, in my opinion, and they're only 100 yen for a packet - about $1). I didn't want to get out my food processor because Joel's room is right next to the kitchen and he was napping. And when they're napping, you want nothing to disrupt that beautiful slumber. 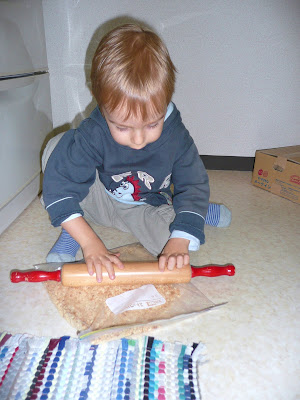 First with the rolling pin and then with his hands... 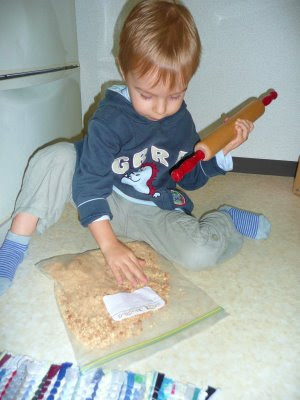 Inspecting his (OK, our) handiwork... 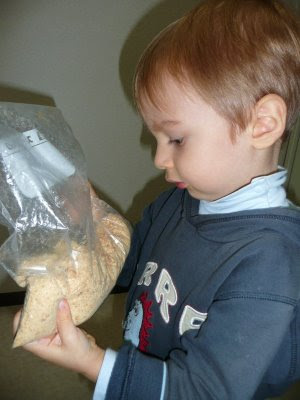 I don't add the sugar to the crust as the recipe calls for because cookies are already plenty sweet in my book, and I use HALF the sugar it calls for in the filling. I add cinnamon to the crust for some extra kick. My springform pan is only 8 inches (20 cm), so I have to halve all the ingredients, or make up all of it, save some in the fridge, and use it again for a second cheesecake within a few days. That's not too terrible, actually. 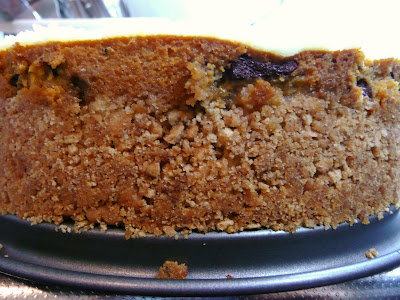 Don't forget the sour-cream topping. That takes the cake. 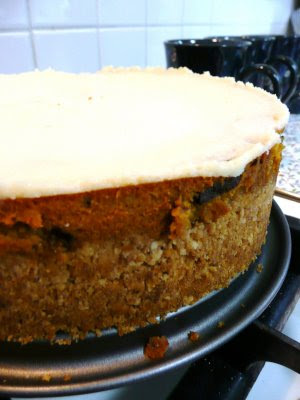 Everybody asked for seconds, so I must've done OK with this one!
Posted by Abigail (aka Mamatouille) at 8:55 PM

sounds delicious :) I've made pumpkin muffins with dark chocolate chips in them.

K and S, that sounds SO yummy right now. I sometimes make pumpkin muffins with dark chocolate bits, too, so that must be where I got my inspiration for the cheesecake. In my muffins I also like to add raisins or dates instead of the chocolate. Mmmmmm. OK, all this food talk is making me hungry!

Pumpkin and chocolate are truly underrated, they make a great combo. I love the crust and your pictures of your little helper, so cute!

Reeni, I'll tell Matthew, my little helper, about your compliments!

Hi Abigail! Sooooo yummy! Did you have canned pumpkin or DIY? Also, how much chocolate did you put in (all that you didn't sample first?) SMILE! Really!

Kim, I had canned pumpkin from FBC, and I used 2 bars of Meiji Black. Yum!