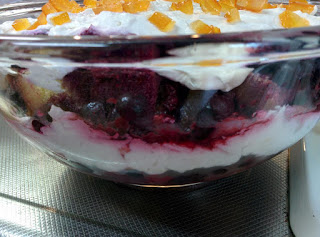 When my Japanese class + Sensei came over recently for a party at our house, I knew I wanted to make trifle. It's just not a thing in Japan, and I wanted to share a bit of (half of) my culture.

When Stephen had a birthday party in Seattle in 2011, I made a rhubarb trifle (rhubarb was exceptionally easy to come by in the Pacific Northwest--how I miss it, the PNW and the rhubarb).

I basically just concocted this berry-orange trifle from what I had on hand (I did have to buy the Castella cake and the cream because I don't keep wheat or dairy products in the house). It worked beautifully, and Stephen is staring over my shoulder at the photos right now asking me to make it again soon.

Per British specifications for trifle, you really should use some sort of gelatin, but I left it out here. 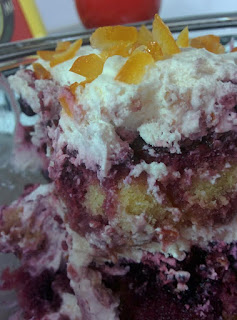 Heat your chopped candied orange peel in the curacao and let it set and plump up. This will be your final decoration on top of the trifle.

Make little marmalade sandwiches with the cake slices, and poke holes with a skewer in each one. Set aside.

Concoct a berry sauce on the stovetop with the frozen berries, maple syrup, orange peel, orange juice, and a splash (or several) of more orange curacao. Let cool off a little.

Whip your cream with the vanilla and powdered sugar, to taste.

Layer some of the cake sandwiches in the bottom of a big clear glass bowl, pour over some of the sauce, then spread some of the cream. Continue layering until you have filled up your bowl and ended up with cream on top. Sprinkle with the schnockered candied orange peel and refrigerate for a good long while.

Enjoy with some Brazilian and Japanese friends. 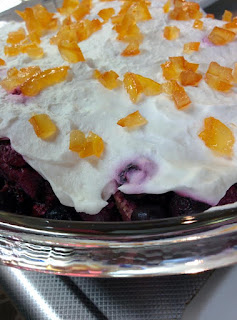 Posted by Abigail (aka Mamatouille) at 9:52 PM No comments: 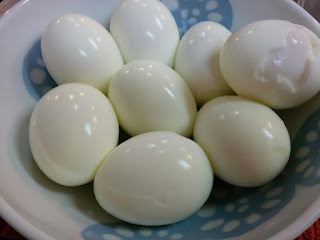 In our survey, 7 out of 8 eggs preferred steaming to boiling for the perfect peel.

Do you know how hard it is to peel farm-fresh boiled eggs? Nigh near impossible. They break up into millions of pieces, and I end up having to make egg salad.

No more! I recently heard of an eggs-cellent alternative to boiling: steaming. Just plop your eggs in a steamer basket with enough water in the pot to boil for twenty minutes.

And voila! Seven out of my eight eggs peeled beautifully. Little white orbs of loveliness. 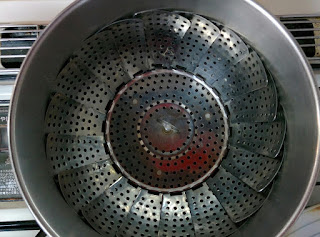 Posted by Abigail (aka Mamatouille) at 6:47 PM No comments: