Somebody I know is refusing green smoothies lately. I'm not naming any names... 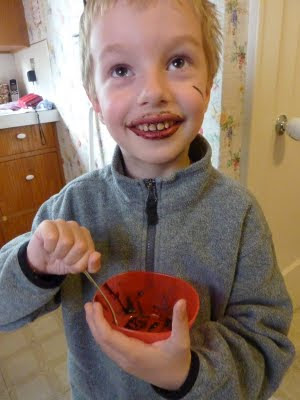 I'm at my wit's end trying to get some green stuff into the kid and a friend gave me Deceptively Delicious a couple of months ago. I'm still not sure how I feel about "sneaking" healthy stuff into sugary recipes (i.e. chocolate pudding), but the beans did see me make the avocado puree and then put it into the pot with the rest of the ingredients.

I had to add some rice milk to the puree to get it into a good consistency... 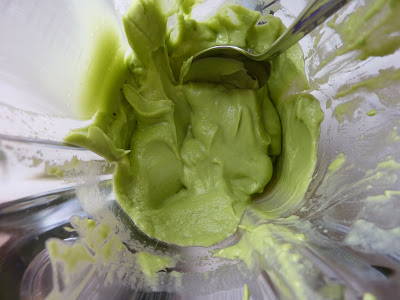 But maybe adding avocado to chocolate pudding was just what the doctor ordered--for flavor and creaminess, anyway.

And I did add less sugar than the recipe called for. Oh, and I substituted dark chocolate cocoa powder for regular--that's healthy, right? 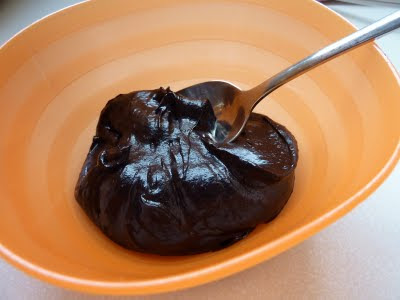 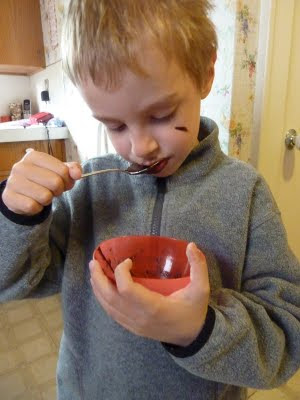 I'm afraid somebody (a few somebodies) really liked it.

You'll need:
It's a simple one-pot stovetop recipe, and the taste and consistency were absolutely divine, but I'm just not sure how far I want to go with this. Disguise fruit and veg with sugar? Hmmm.

That said, I will probably make this again. I just happen to have two more cups of avocado puree in the fridge.

And it was pretty yummerlicious.

As you can see, I'm conflicticated.
Posted by Abigail (aka Mamatouille) at 1:56 PM No comments: 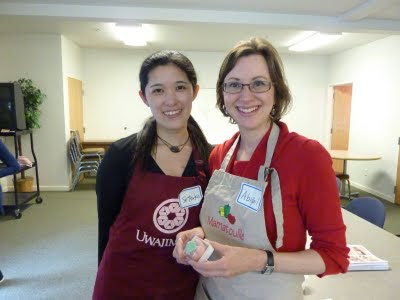 Through Nikkei Concerns I had the opportunity to take a nerikiri-making (Japanese sweets) class today with a pastry chef named Setsuko. She has her own business called Setsuko Pastry (based here in Seattle) and all of her creations look amazingly delicious.

The treats we made today were balls of sweet red bean paste (homemade by Setsuko) wrapped up in a neat little package of mochi (glutinous rice flour, water, sugar, and food coloring mixed with white bean paste, also homemade).

Setsuko Sensei made these as an example... 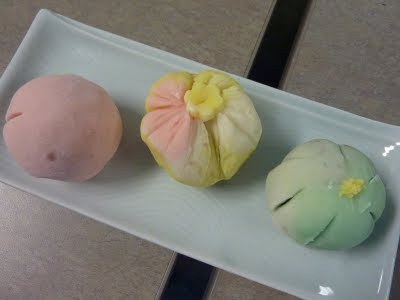 And this was one of the ones I made (they even brought sweet little boxes for us to put them in!)... 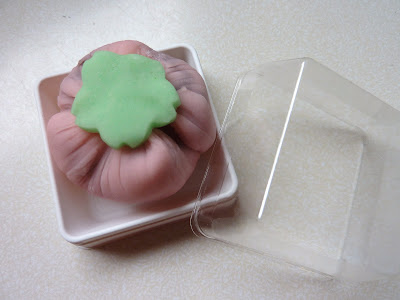 It was so much fun to knead the mochi/sweet white bean paste (shiroan) till smooth, add the food coloring and knead again, wrap up the anko (sweet red bean paste), and create fun shapes and styles. The one above was shaped by wrapping it in plastic wrap, tightening it, and twisting (the same way you can make some savory onigiri rice balls, which I have done before for the kiddiewinks).
Posted by Abigail (aka Mamatouille) at 7:53 AM 2 comments: 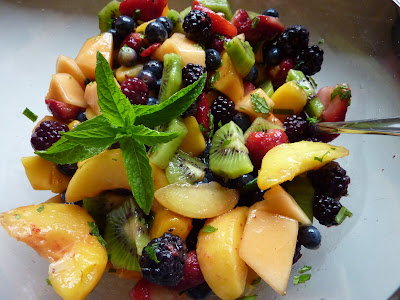 The best fruit salad I've ever had! Got the recipe from my friend Paula in college (she was always a great cook, even then): Just use whatever fruit you have on hand and make a marinade of chopped mint, fresh lime juice, orange juice, and honey to taste. Let it party in the fridge for a while and then serve with a smile.

(Mint contributed from my garden. I'm sad to say, herbs were harmed in the making of this fruit salad. Yummy, yummy.)
Posted by Abigail (aka Mamatouille) at 2:19 PM 1 comment: 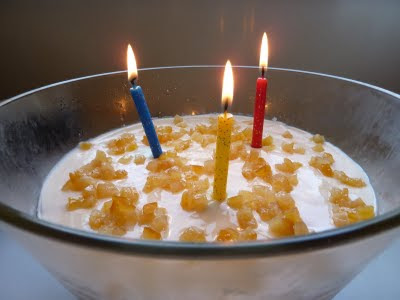 Though I'd never heard of rhubarb trifle before, I love rhubarb and I love trifle and I thought of putting them together for one big blowout dessert for Stephen's birthday. And of course when I looked online, Delia Smith already had a recipe for it and had done the legwork for me. (The only things I changed were substituting candied orange peel on the top instead of toasted pecans and I changed out the Portuguese Madeira wine for a Spanish garnacha that my grocer recommended.)

It was lovely and more-ish!

I'm not going to copy the recipe here (see link above) because it's pretty long and involved, but basically, you start with making little orange marmalade sandwiches with pound cake and put those on the bottom of a big glass bowl... 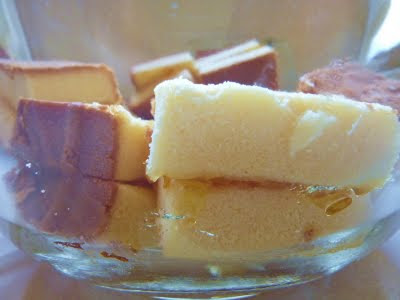 Then you poke holes in the cake and pour on the wine so the pound cake soaks it all up. Next you bake the rhubarb in a separate pan with freshly squeezed orange juice, sugar, and orange peel. You let that cool then spread the rhubarb on top of the cake. 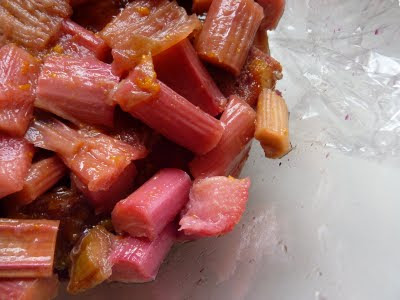 You boil the rhubarb juices with gelatine powder (and a little more of the wine, which wasn't in the recipe, I might add), let it cool a bit, then pour it over the rhubarb and marmalade cake sandwiches. That cools overnight in the fridge and you make fresh custard, mix it with Greek yogurt, and spread it over the top. That cools in the fridge and then you decadently serve it in bowls with cream poured over!

Thanks to Silas and Lydia, Dan and Amy, and Garrison and Cora for sharing Stephen's birthday trifle! 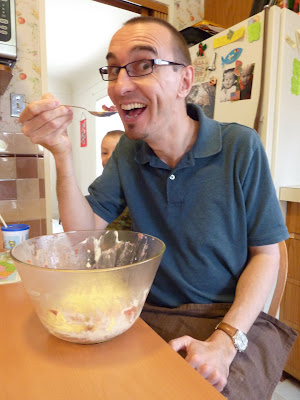 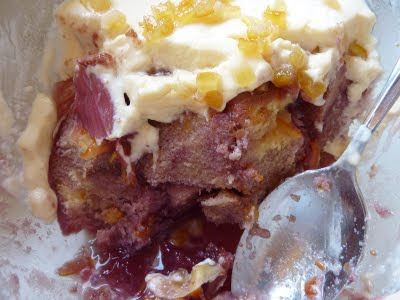 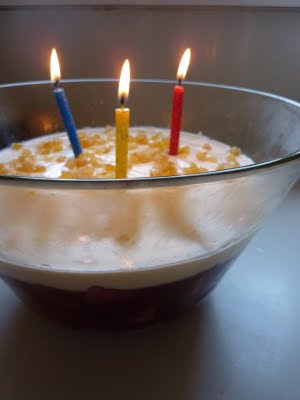 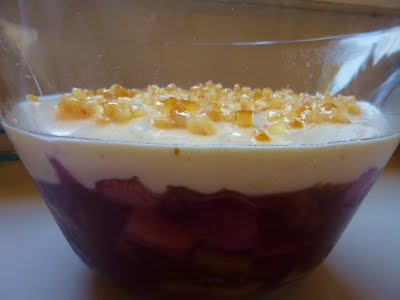