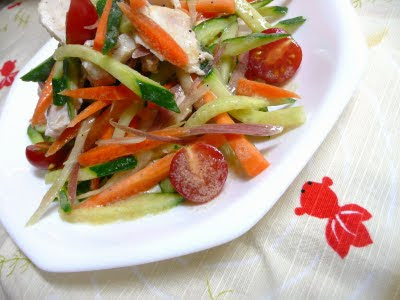 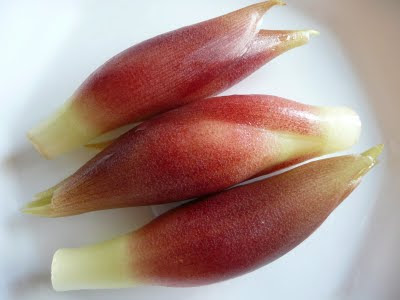 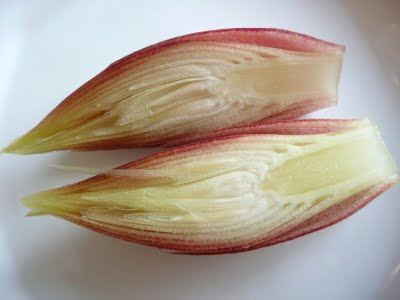 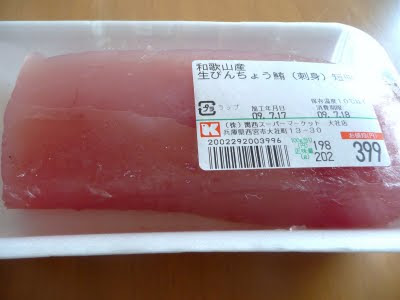 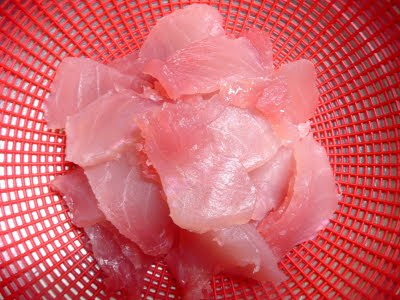 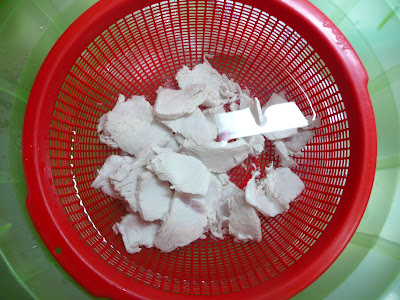 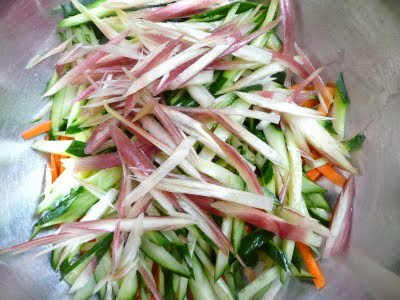 Posted by Abigail (aka Mamatouille) at 2:03 PM

TK - Let me know how you like it! It is SO more-ish. Homemade bagels sound yummy - I've never tried making them before though I've got a Nigella Lawson recipe I want to try sometime. :) Have a good evening!

I was just thinking of sashimi for dinner with a salad on the side so I bought some myouga and made your salad.

I had a mixed pack of sashimi. I didn't quite cut the carrot and cucumbers matchstick thin and used wasabi instead of mustard but it was still good.

BTW I used the 1 hr recipe cookpad.com for the bagels. I was really happy with the results and will try it again.

TK - Sashimi salad with wasabi sauce - genius! And thanks for the cookpad bagel idea. Yum! :)