So let's start with the soysage egg mcmamatouilles. I had one fresh baguette, a bit of leftover egg salad (just with mustard, mayo, and seasoned salt), and some leftover soysage (yes, soy sausages) that I had browned the day before. What to do? Toast the baguette slices with some marg, slap on the egg salad, and arrange the reheated soysages on top with some ketchup. Hubby loved it! 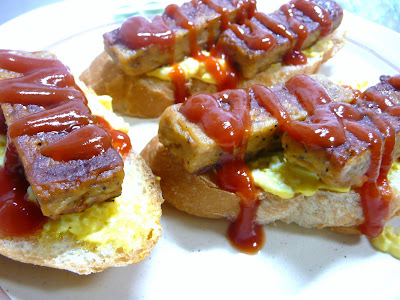 The next day we had a big lunch out so needed a light supper. I had two zucchini in the fridge I needed to deal with, so I chopped them, some onion, yellow pepper, and cherry tomatoes. First into the pan went some olive oil, minced garlic, the zucchini, onion, and yellow pepper, and then after they were nicely sauteed, I added the tomatoes and some seasoned salt. Yummy spread on toasted baguette slices with parmesan and basil! 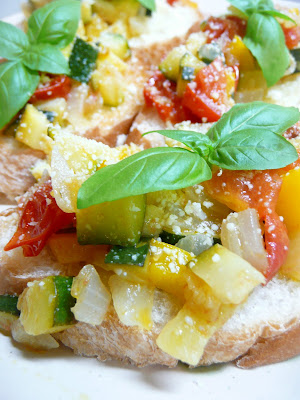 The kiddietouilles got their veggies turned into a puree for their baguette slices (what the eye does not see the taste buds like anyway)... 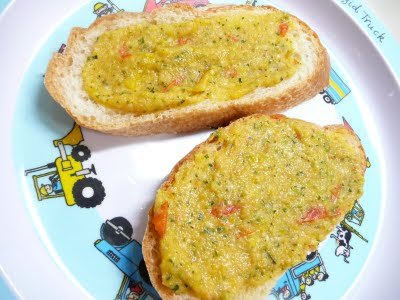 And sliced into bite-sized pieces that Mamatouille called "pizza". They were mostly eaten by the little beans, and what they couldn't finish turned into an extra little snack for Daddytouille. 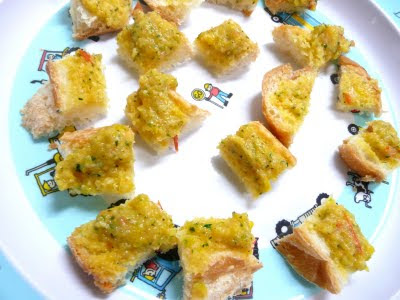 I found a small fruit stand at a train station nearby that has two luscious Japanese peaches for only 250 yen (about US$2.60), a bargain here! So I bought four for our dessert - a lovely sweet way to end the veggie-full supper. 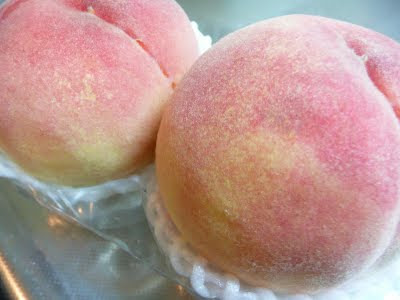 Posted by Abigail (aka Mamatouille) at 8:24 PM