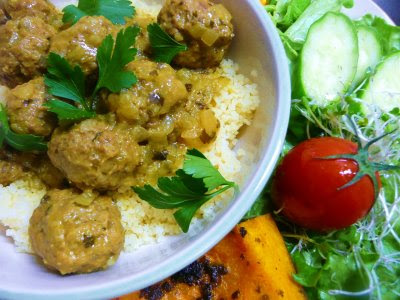 If you haven't made Kayotic Kitchen's kefta yet, do so AT ONCE. I just bookmarked it a couple of days ago and happened to have all the ingredients except the flat-leaf parsley (which was easily procurable at a moment's notice - expensive, but accessible).

I knew as soon as I saw it that the exotic blend of spices would grab my tastebuds and never let go - and I was right. We ooh-ed and ahhhhh-ed over this - and our three-year-old even ate some!

What I did differently:

This is not a weeknight meal because of the time intensiveness of it (did bits and pieces at a time on a Sunday), but man alive, this is GOOD stuff. Gimme gimme gimme some more! 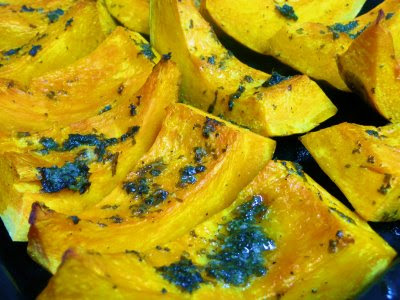 Posted by Abigail (aka Mamatouille) at 9:22 PM

This looks so delicious, I love all those spices!

Sara, yes, it was GORGEOUS flavors, all melding together to create something really special. I'm making this again and again!

yummy, I'm bookmarking this, I have flat leaf on my veranda :)

Wow! I wish I could stop by for some of your weekend cooking!!!